The Moxy Sensor is the heart of the Moxy Monitor System. Its light emitting diodes and photo detectors together create the spectrometer that makes Muscle Oxygen measurement possible. Fully functional and self-contained, the Moxy Sensor has a battery for power, a microprocessor for operating the spectrometer, and a memory chip for storing data; it also has a radio transmitter for sending live data to other devices.

Moxy provides real time physiologic feedback for any sport: it is strong enough to withstand the rigors of motocross riding and rugby; it is secure enough to operate in the swimming pool; it is portable enough to wear on the football field. Moxy takes physiologic monitoring out of the lab and into the real world of sports.

The Science Behind Moxy

Moxy uses light from the near-infrared wavelength spectrum (light from about 670 to 810 nm) to measure muscle oxygenation levels in muscle tissue. Human tissue has low optical absorbance of near-infrared light, so the light can travel to reasonable depths. The near-infrared wavelength range is particularly useful because hemoglobin and myoglobin change color in that range depending on whether or not they are carrying oxygen. For more details, check out our paper, The Science Behind Moxy. 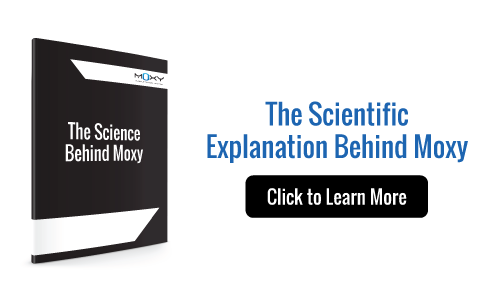 Moxy Portal consists of a mobile app, cloud database, and analysis webtool for Moxy data. The App interfaces with up to three Moxy sensors and one heart rate monitor using Bluetooth Low Energy. This lets you see the live data and push the data to the Cloud. There are tools on the app to guide your real time training. The Cloud is the data repository. The Webtool allows you to review, share, and analyze your data.

PerfPro Studio is a training app designed for the indoor cycling studio.  It interfaces with many common bicycle trainers, including Computrainer and the Wahoo Kickr. PerfPro collects Muscle Oxygen, Heart Rate, Power and Speed & Cadence data from ANT+. The data can be transferred to the PerfPro Analyzer for logging workouts and analyzing performance.

Peripedal is a PC software developed for indoor cycling that monitors Muscle Oxygen, Heart Rate, Power, and Speed & Cadence data via ANT+. It can also calculate power from the speed data of most available trainers, allowing you to do power-guided workouts without a power meter. Different versions of the software support up to eight simultaneous users. Peripedal also offers integrated video entertainment while you ride.

Moxy integrates with all Garmin watches and bike computers that support ConnectIQ. Moxy data fields can be inserted into Garmin activity displays just like native data fields. Moxy ConnectIQ apps support more specialized application like running a 5-1-5 assessment. In both cases, the Moxy data is stored in the device’s .fit file along with all of the native data collected by the device so it can be accessed by analysis software later.

The Wahoo bike computers support one Moxy sensor at a time.  The Moxy is paired to the device just like any other 3rd party sensor.

TrainingPeaks offers powerful analytical tools help break down complex data into easy-to-understand graphs and charts, giving valuable insights into your training.  The system facilitates sharing of your Moxy data with your coach.  The premium version is required to view the Moxy data.

SportTracks is a complete solution for planning, tracking, analyzing, and sharing your workouts. It provides extensive post-workout analysis of Moxy Monitor data, enabling you to directly compare your blood oxygenation levels with your pace, heart rate, and other metrics from the same workout. SportTracks is truly multi-sport. Running, cycling, and swimming are very different activities, and each one is approached uniquely. Athletes love SportTracks for its ease of use, and deep analytical power. The best way to understand it is to experience it yourself.

Moxy is compatible with many of the most commonly used metabolic analyzers.  This allows you to collect muscle oxygen data time synced with other important physiologic data such as VO2, respiratory frequency and more.

VO2 Master has the most sophisticated support for Moxy data integration.  The app supports connectivity with multiple Moxy sensors at one time and allows you to customize the screen to view the data numerically or graphically.  The app will work with Moxy even when you are not using the VO2 Master hardware.  The app is free and is available for both iOS and Android.

PNOE also supports Moxy integration with multiple sensors.  The app runs on iOS and Android and comes with the PNOE hardware.

Cortex is planning to launch Moxy compatibility in their app in May of 2022.  This will include a numerical and graphical display of the data and support multiple Moxy sensors at once.

We offer an ANT to Serial converter device that receives the ANT+ data from the Moxy sensor and restreams it as a serial stream of data.  This enables integration with data capture software packages such as Matlab.

The Cyclus2 software is compatible with multiple Moxy sensors so that allows simultaneous recording of the muscle oxygenation data and the Cyclus2 performance data.

A Detailed Intro to Moxy 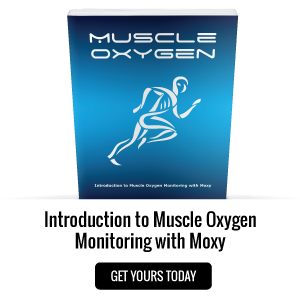 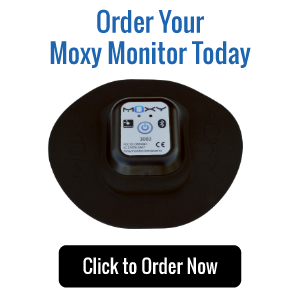 Find all the Moxy digital resources in once place when you visit our our training page!   Resources